A True Story About Downsizing 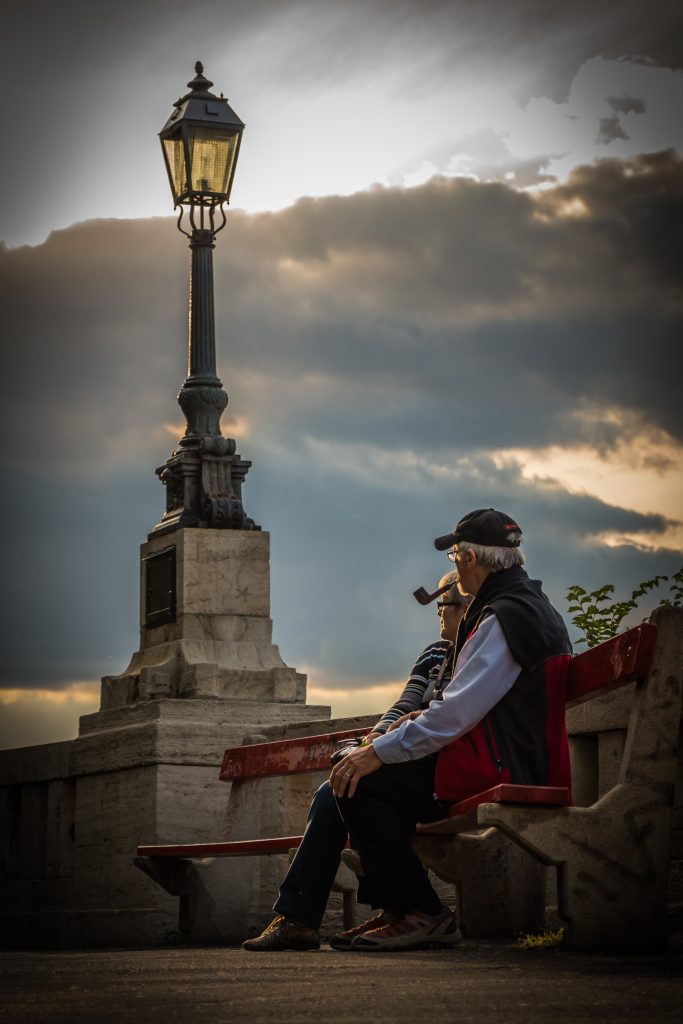 Six years ago, I did a presentation on The Downsizing of America at the National Convention for the Domestic Estate Management Association in Los Angeles. Most people at the meeting had never thought about downsizing or how it would eventually affect their lives.

Today, downsizing is becoming more and more a common phrase. As 80 million baby boomers retire (at a rate of 10,000 per day) they are coming to grips with the reality of downsizing. In the 33 years of owning William C Huff White Glove Moving and Storage Company, I have come across many moving horror stories but none can top the stories of families caught in the cross-hairs of downsizing. Here is one of the more horrifying true stories of an older couple we helped to downsize a few years ago.

A couple in their 80’s had been in their home for over 45 years. Both were consummate collectors of pretty much anything. Our company was called to do an estimate for their anticipated move from New Hampshire to northern Florida. When I first met the couple, the house was in a state of total disarray. There were miscellaneous items strewn throughout the house on tables, counter tops, hutches and dresser tops.

My first question was when they needed to be out of the house. They replied, “In 30 days”. Given the size of the house, the number of items they had to sort through and their ages, I immediately began to coach them on how important it was to prioritize what they would bring to Florida. They. Like most octogenarians, did not want to part with much, if anything. I told them that their new house, about ¼ the size of their current house, would never accommodate all their “stuff”.

I gave them some names of home organizers who could help them with the downsizing process but, they wanted to do the work themselves. Knowing this, I resolved to stay in-touch over the coming weeks to check on their progress.

After one week I had our secretary schedule me to visit. I told them I needed to measure some fragile items for wooden crates (I had already measured but, needed an excuse to check-up on them. When I arrived, there was a yard sale sign out by the street and there were 2-3 folding tables of “junk” in the garage. As I looked around, I could see that there had been very little progress on “downsizing”. If anything, things looked worse than the week before.

After doing my measuring I asked how they were doing and they said it was overwhelming for them. Again, I strongly advised some professional assistance but, they declined. I managed to get them talking about a painting, which may or may not have been of some significant value. I told them I could get pictures and send them to an art expert friend, to see if there was value. (I basically was setting things up for me to come back in another week).

After another week and a half I went back to discuss their painting. At this point, however, there seemed to be a sense of panic and stress with the couple. He had terminal cancer and this added to their stress and anxiety. As I was discussing the potential value of the painting (my friend actually concluded that it could be worth something) with the husband, his wife came in from the garage, short of breath and obviously flustered. She quickly blurted out, “Tom, do you have two quarters? I need to make change for someone buying one of our items. They only have a dollar bill and we have it for sale for 50 cents”. All interest in the valuable painting was lost as the husband rushed off with his wife to make change. I stood around for a while, waiting for them to return and eventually wandered out into the garage where there were two people asking about the price of a couple of old pillows…so much for the painting.

About one week before the move date, I scheduled a few hours for me to crate up and box some valuable porcelain figurines and a six-foot-long wooden ship. The house did not look much different than it had before. I explained to the couple that the cost for the move was going to be substantial because of how much stuff appeared to be still going to Florida. They were very concerned about costs but still could not seem to part with enough to make much of a difference in the size and number of trucks that would be required. We were scheduled to pack for one day and load for another day, in only one week. Both husband and wife were worn and beaten. I could tell there had been many sleepless nights. I dreaded the moving day.

On the first day of packing I decided to make an appearance late morning. When I showed up, I will never forget what greeted me. The wife was literally curled up in a ball on the living room couch, sobbing uncontrollably. She said she couldn’t move because she was having very bad back spasms. I suggested getting her to a doctor she simple sobbed, “I don’t have time, we need to move tomorrow.” I don’t remember much of what when on after that, however. All I know is that we were there until late evening for two days with extra manpower to pack and load 3 very full moving vans with their stuff.

As it turned out, I was speaking at a convention the week after they moved to Northern Florida. I noticed they were about one hour away from the convention and my art friend, who had concluded the painting could very well be an original Gilbert Stuart (the artist who drew the picture of Washington on our dollar bill!), was there at the convention. I called the couple and made a suggestion that we meet somewhere between Orlando and their home so my friend could see the painting. There was a long pause on the phone and the wife just said the move was too stressful and Tom would not be up for doing anything for quite a while, even to having us visit them in their new home.

The image of an 80 plus year old woman, curled up in a ball, has stuck with me for the past couple of years. It has inspired me to find ways to be more proactive in preparing homeowners for their downsize. I even have teamed up with companies who can make the appraisal and selling/donating of items simple, easy and essentially free. In the next few years, we hope to be able to make education of downsizing a National platform where all people, who anticipate an up-coming downsize, can learn and prepare well in advance, so that their downsize does not paralyze them, as it did for the elderly couple in this story.

0
0
As more than 77 million Baby Boomers retire and downsize, many are choosing to move...

Moving to Florida – A Timeline

September 23, 2020
Posted by: Jim Henderson
0
0
With so many people using do-it-yourself rental trucks to move to Florida these days, the...

September 2, 2020
Posted by: Jim Henderson
0
0
There are over 100 moving companies in New Hampshire. Finding the best moving company for...

August 27, 2020
Posted by: Admin
0
0
Moving is always a stressful time for homeowners. The whole process of listing the house,...

What To Expect From Our Virtual Moving Estimates?

August 22, 2020
Posted by: Admin
0
0
Here is some important Baby Boomer downsizing data to consider, especially if you are a...

Three Ways To Move Your Family During Covid19, Safely

How COVID19 Has Made Simplifying The New Normal

February 21, 2020
Posted by: LisaMK
0
0
It is said that “Data is tomorrow’s new currency” because with the assistance of computer...

How Does Historical Data Help WCH Help Me?